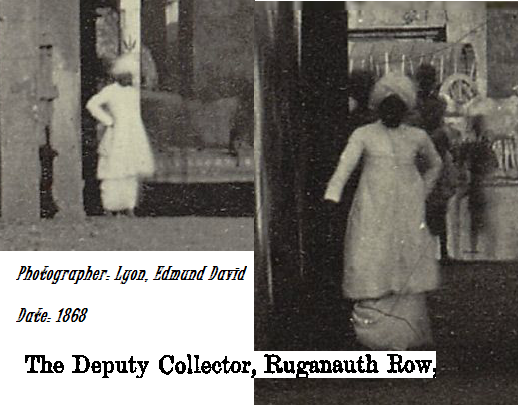 The municipality of Tiruchirappalli was inaugurated under the Town Improvements Act 1865 on 1 November 1866 covering an area of 18 square kilometers  and originally consisted of two ex-officio and nine nominated members,
one such person is Mr.Raghunatha rao, who was appointed as deputy collector of Trichy in charge of srirangam and TVkovil..


it seems he has done lot good works to srirangam which was waiting for many centuries for him!!!


i came across a small report of Trichinopoly by J.L.Ranking , Sanitary commissioner for Madras, published at 1867. 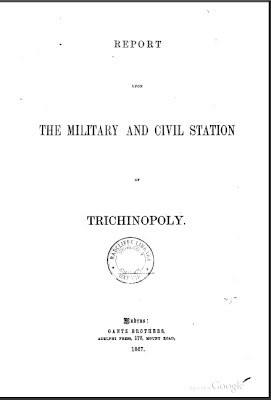 There are many interesting things said about Mr.Raghunatha rao, and what he has done in srirangam during 1866!! 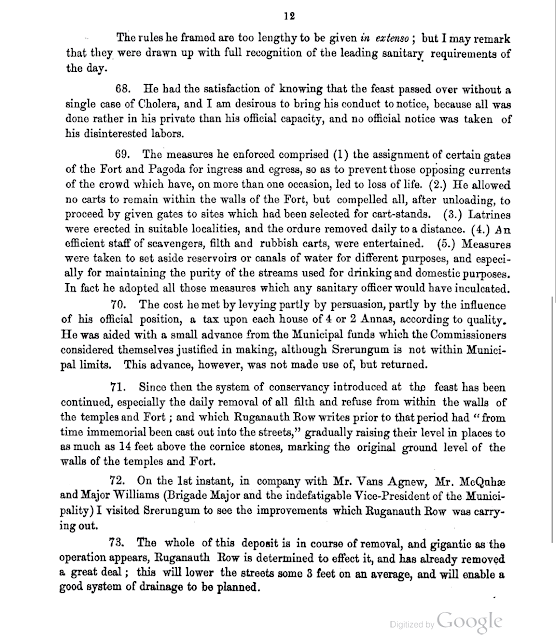 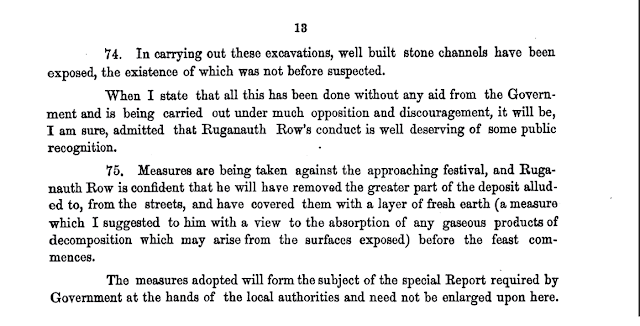 If our current corporation take any of these cares after 150 years of its existence , like parking lots and other sanitation things we would be greatly benefited ....

by the way if any one knows about his family can write here...
Posted by Sriranga Charithram at 08:49 2 comments: